Species you want to apply for: Teshari

How long you've been playing Polaris: A little over a week, though I have played other HRP servers such as Aurora and Bay for a while

Some example names of the species: Teshari have a pack name, which is followed by their personal name. Some of the pack names are Eshi, Ceea and Schasaraca. As for the personal name, as generated by the name generator on a local server; Icira, Masite, Shiacia, Ilae, Acisi, Arirati and Shileasa.

Demonstrate that you understand the lore and behaviours necessarily to properly portray this species in your role-play: Teshari are a very social species, and hate being alone, though it does not take much to keep them company, a simple drone will do fine. They have Very sensitive hearing, so even someone shouting in the same room would hurt their ears, while something such as a flashbang would have a much higher chance of causing permanent damages as opposed a human in the same situation. This hearing does have perks too, as Teshari are able to hear movement even in places they cannot see, such as past thick metal walls. Teshari are also a rather small species, rarely more then a meter tall, so many things on space stations are quite big to them, as those things are made for larger species like Humans or Tajara.
Teshari are very much not closed in at all, as I said before they are a social species, and they spend nearly all of their time with other members of their pack when they live with them. Those who venture out normally do know about other species' social expectations. Within packs, which reach sizes of 100+ Teshari, they do many daily activities together, with communal meals and grooming being some examples. Teshari children are not raised by a single mother and father, but the whole pack helps to raise kids instead (though the child may have a closer connection to their mother and father then the rest of the pack). Teshari homes are also owned by entire packs rather then individual Teshari.
Teshari are from the same homeworld as the Skrell, as such, the Teshari have more interactions with Skrell then with other species, though Teshari in the more remote regions do not approve of other packs interacting with Skrell, while others (though thankfully very few) hate the Skrell. Some Skrellian cities near the borders of Teshari territory have areas of the city inhabited by Teshari entirely, though they can be seen as in their own caste, Teshari speaking for Skrellian politics are seen as speaking for the culture, rather then themselves.

Why do you want to play this species?: Teshari seem like a cool species, with a wildly different appearance to the other species. Lil space raptors.

Anything else you wish to add: Resomi Teshari gang rise up
Top

Nice! Just want to clear up one thing quick:

The wording on the wiki is a little confusing, but this is mostly an outdated viewpoint among Skrell nowadays, and modern Teshari representation in Skrellian politics isn't quite as, well, simplistic. That said, they are still pretty underrepresented due in part to the Teshari as a people having no major organized political parties or nation.

Otherwise it looks like you covered the important bits. Approved! Welcome to birb club 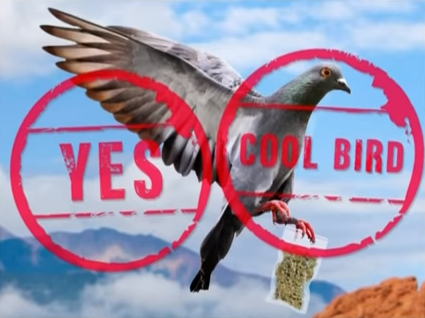